10 Tips to Save Money While Studying Abroad 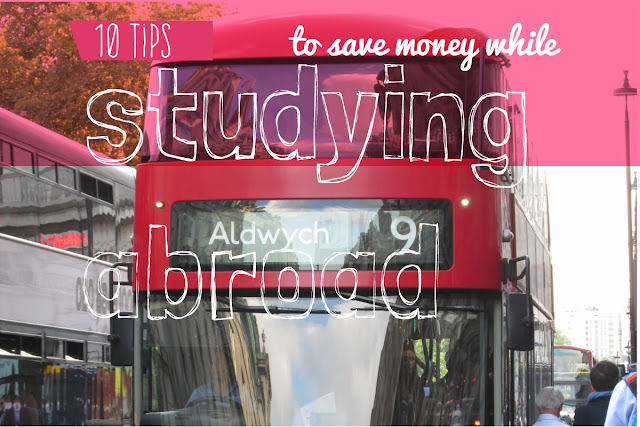 Josh and I were recently asked by Purdue University's Department of Financial Aid to be guest bloggers in their MyMoney blog!  One of Josh's former students is now working on the blog, and she knew that Josh had taught in Purdue's study abroad programs three times - once in Italy and twice in London.

While we had plenty of tips to share on our own, we asked our friend Cassidy Ward for tips as well.  Cassidy had just returned from studying in Greece for a semester, and so she had a fresh take on what college students need to know.

Follow this link to find our 10 Tips to Save Money While Studying Abroad!

A Storm in the Desert: A National Parks Odyssey Day 38

When we arrived, we made straight for Grand View Trail where a bus full of Chinese tourists was already snapping pictures of the stunning view.  We were worried that this would make for a crowded trail, but it turned out that most of them stayed within a few feet of the bus so we needn’t have been concerned.

We struck out on the easy two-mile round-trip trail along the edge of a high plateau that dropped off into a deep canyon, and only saw two other people on the trail once we left the trailhead full of tourists.  At the trail’s end, the view was nearly 270 degrees, so we sat down to enjoy the vista.  We could see canyons, needles, and even part of the 50-mile backcountry driving trail that takes two or three days to do down below.


Once we returned to our car, we drove to the Mesa Arch Trail to walk a 0.6 mile loop to the park’s most famous formation.  This trail was more crowded, so we once again had to wait our turn for a picture in front of the arch.  Of course, it was nothing like the wait andthe crowds at Delicate Arch in Arches National Park.

Satisfied with our picture, we headed for the park visitors’ center to fulfill the requirements for yet another Junior Ranger badge.  Since we’d already done two trails, the kids were able to complete the booklet inside the visitors’ center while Josh and I waited.  And then it was onward to Monument Valley.

On our way, we were surprised to see billboards, t-shirts, and bumper stickers taking sides on the issue of Bears Ears NationalMonument.  There was definitely local support for both sides, and we came away less clear about the issue than we had been to start with.

As we approached the Navajo Nation’s tribal lands, we began to see roadside stands selling arts and crafts made by Native Americans.  We stopped at one, and Knox bought a small club-like tomahawk made by the son of the man who sold it to him.  Just a bit farther down the road we came to the checkpoint to pay our $20 per car entrance fee into Monument Valley.  I was fascinated by the way that since the Nation is sovereign on its lands, it has its own police force and department of transportation (which was in the apparently in the middle of a huge upgrade project on the road that loops through monument valley).  After snapping a couple of pictures of trucks emblazoned with the insignia of the Navajo Nation, we made our way to The View Hotel which is owned and operated by the Nation as well.

One of the drawbacks to 47 days of travel is that you kind of lose track of some of the details sometimes, and this was one of those times.  We unloaded all of our stuff from the car and went in to check in only to learn that we weren’t actually staying in The View.  We were booked in the new Premium Cabins located near the facility’s campground.  It took us a few minutes to figure this out since the reservation system at The View Hotel isn’t connected to the system at the Premium Cabins.  Yep.  You read that right.  It’s all the same ownership, and the two locations are a stone’s throw from each other, but neither place can access the other’s reservations.

When the lady at the front desk called down to the campground to check on our reservation, no one was answering the phone.  We stood there for several minutes marveling at the fact that this seemed like a problem from the pre-internet days, and finally, someone at the campground answered the phone and confirmed our reservation there.  We loaded back up and drove to our little cabin with its perfect view of the east and west mitten formations just before a dramatic storm rolled in.

Until our night in Monument Valley, I’d never experienced a storm in the desert, but now I can say with certainty that John Denver was right.  A storm in the desert does fill up your senses.
We are pathetic photographers, but we were determined to capture the beauty of that storm.  We snapped and snapped and deleted and deleted until we got several that were decent.  We even managed to get a couple of shots with both a lightning strike AND a rainbow!


Watching the storm advance toward us and change the appearance of the rock formations was mesmerizing, but we felt sorry for the guests who had chosen to set up tents for the night.  They were fighting just to keep their shelters from blowing away.

Once the storm subsided, we drove back up to The View for dinner at the hotel restaurant since there were no other options in the area.  There was a significant wait, so I suggested to Josh that we order takeout and eat it in our cabin.  We had both the World Famous Green Chile Stew and the Red Chile Pork Posole along with some salads and some fry bread, a local menu staple of deep fried discs of flat dough.  We browsed the overpriced handicraft shop while we waited for our food, and then felt smug as we noticed that the people who would have been ahead of us in line to eat were still waiting to be seated.

As darkness veiled the rock formations just a few hundred yards from our front porch and as a million stars appeared in the night sky, we happily feasted in the comfort of our little cabin.  The next day we would explore Monument Valley and head to park number 20 – Mesa Verde.